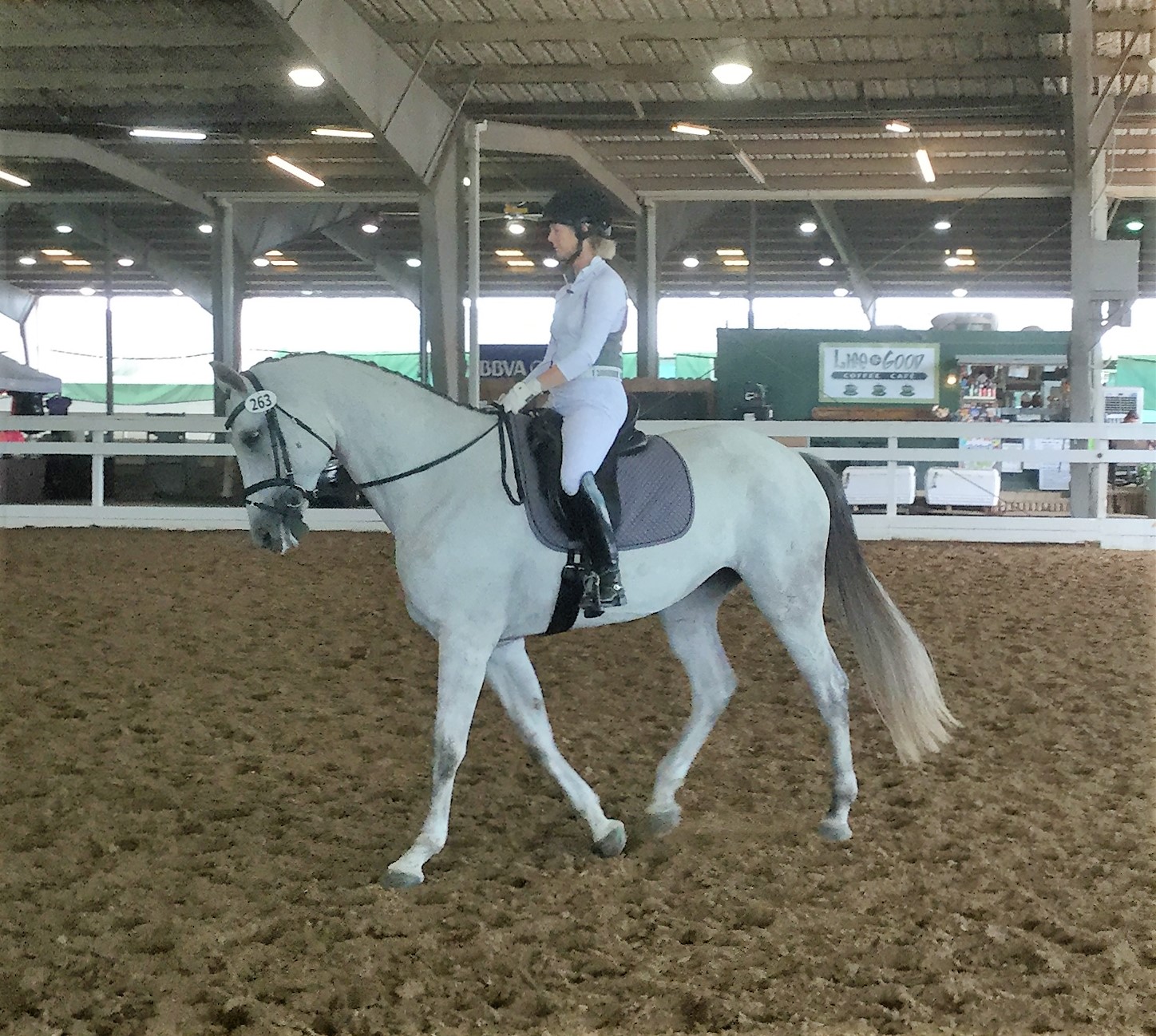 Today was the first day of a two-day show. I rode Fourth Level Test 3 for the first time today on my own home trained horse Winterfair. I went out tonight to celebrate the 61% I received. I would say that most people would not be celebrating that score. But, that 61% was a major mile marker for me. The last time I rode 4-3 the test was much easier and I did it on a horse that was already trained. Over the past few months I’ve been working really hard to master so much. I’ve been tough on myself as I’ve felt I’ve not been moving along fast enough.
Each year that I’ve owned Winterfair I’ve thought of doing the young horse tests. Each year it becomes apparent that we aren’t going to master that task. This year I was dreaming of competing in the Developing Horse Prix St Georges. Alas, that hasn’t happened either. So, as the years pass I keep thinking that I’ve failed.
This week I’ve decided that I’ve been too hard on myself. Today after riding this test for the first time I’m deciding to say this is good. This is a tough test: don’t kid yourselves, this test has elements of an old grand prix test. There are more flying changes than in Prix St Georges. Just going out and riding this test is win, win in and of itself.
The individual scores ran the gamut of 4’s – 7’s. I did a nice combination of 3 tempis but I didn’t center them over x and so received a 6. My horse who never breaks in the extended trot chose to canter that line today. I had an error of test for skipping the medium canter and going straight to the half passes. At this point you are probably asking yourself “why are you so happy about this test then”. My answer is that even with all that I received a 61%. Better yet one of my student’s told me “I loved watching you. She was so rideable.”
I have room for improvement no doubt. But, for today this stretch to fourth level is awesome and I’m proud of myself and my horse.
P.s. It does take a village to do this. My upmost thanks to my dedicated coach and friend Rebekah Wesatzke. She has been here each moment of the ride.

This entry was posted in Shows. Bookmark the permalink.